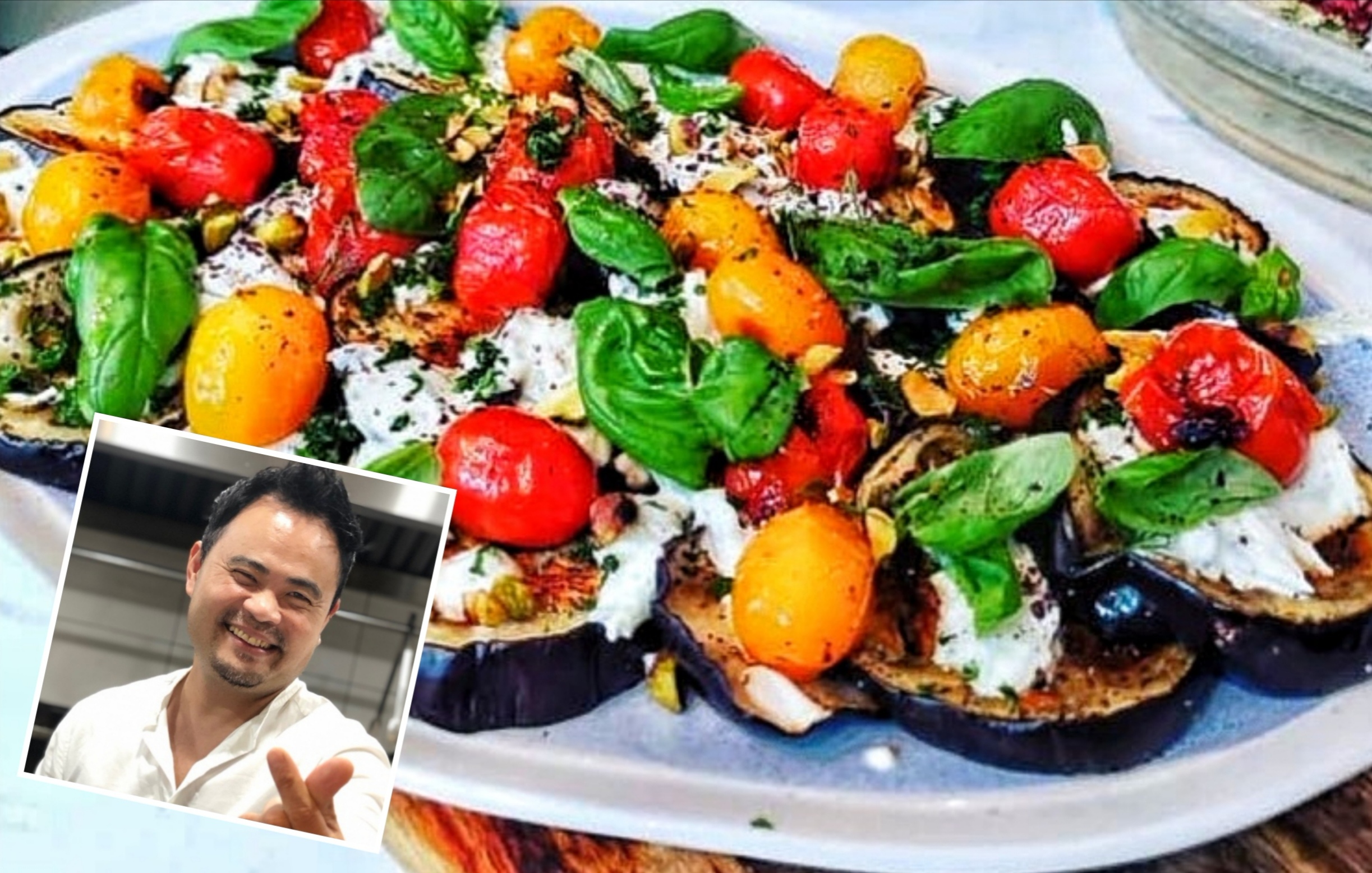 On 29th May 2020 – right smack in the middle of MCO – Chef Ang Ling Chee found himself quarantined in a hotel after returning from a trip to Japan to see his family.

As head chef and co-owner of popular restaurant Parklife, Chef Ling was not used to sitting around doing nothing. A few days into his confinement, an idea struck him. Looking at the nasi campur delivered to his room, he thought, “Why not make it look pretty?”

This creative streak, laced with a hint of imaginative whimsy, makes Chef Ling stand out from your run-of-the-mill chef. He has the ability to transform the most humble and ordinary raw materials into a spectacular creation, both taste and looks-wise.

This talent did not go unnoticed by his boss Yotam Ottolenghi

That’s right – Chef Ling once worked for one of the world’s most beloved celebrity chefs.

Growing up in Bukit Mertajam, at the age of ten, he worked at a curry mee stall before school to earn pocket money. The early exposure sparked an interest in the food business. However, when Ling broached his desire to join a cooking school after completing secondary education, “there was absolute silence at the family dinner table,” he recalls.

“Cooking was not seen as a proper job for a man.”

So he dutifully enrolled in an engineering course and worked as a technical engineer for a computer subcontractor. But after three years, the 25-year-old had enough. He sold “everything he could think of” and left for the United Kingdom, where he attended English classes by day and cleaned fryers and grills at McDonald’s by night.

One day, Ling answered a classifieds ad for a midnight baker. However, his nerves deserted him when he turned up at the advertiser’s premises in Notting Hill; the beautiful restaurant seemed completely out of his league. But before he could turn and flee, a tall man stepped out with a cup of coffee – meant for Ling. It was the restaurant’s owner, Yotam Ottolenghi.

Thanks to his inexperience, Ling flunked the interview big time. “They asked me to put on an apron and tested me out in the kitchen,” he recalls. “I didn’t even know what a muffin was then.” Nevertheless, Ottolenghi’s hospitality left such a deep impression that Ling called back three days later to ask for a second chance.

Proving a quick learner, Ling did so well that when his student visa was about to expire, his employer sponsored his enrolment into a culinary arts programme at Hammersmith & West London College, enabling the Malaysian to join the team as a permanent staff. He went on to become a core member of Ottolenghi’s team.

Recalling those heady days, Ling reveals, “We never had fixed menus. We just looked at the ingredients available on hand for the day and created a dish – a salad, a sandwich, or whatever. Customers loved the concept!”

Within a year of working with Ottolenghi, Ling became head chef in the Kensington outlet. He helped the Jewish chef expand his restaurant empire in the UK, before spreading his wings to Russia and Japan.

Last year, he partnered with his cousin Ewen Lim to start Parklife, a casual dining restaurant in Bangsar South that promotes healthy eating.

Platters of colourful salads sit on a white counter along the floor-to-ceiling windows, grabbing your attention as you enter the breezy 2000sq space that recalls London Hyde Park’s lush greenery and relaxed vibe.

Incorporating Mediterranean, Middle Eastern and European influences, the menu emphasises Ling’s mastery of cooking methods and liberal use of spices to bring out the underrated pleasures of fresh honest produce. A bountiful cake and pastry counter with vegan-friendly and gluten-free options testifies to his early days as a pastry chef. 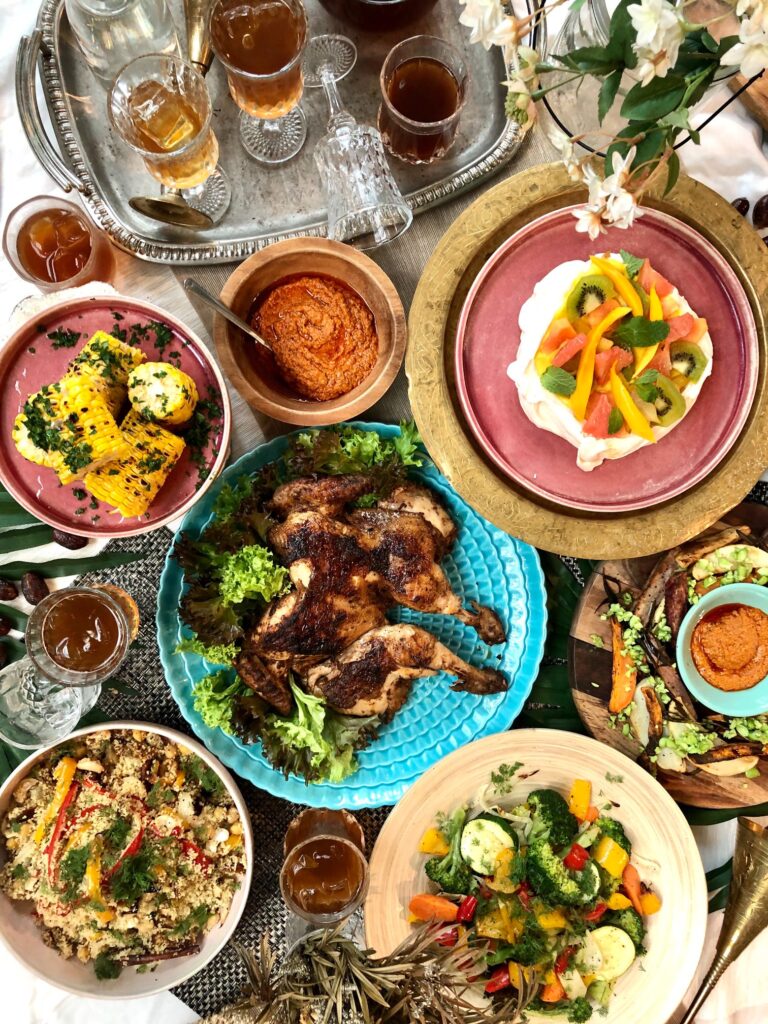 And in just a year, Parklife has attracted a firm following from all walks of life, including personalities Ling never dreamed of meeting in person.

Since then, Parklife has opened a second outlet at Downtown Kuala Lumpur’s cultural and creative community hub, RexKL. These days, Parklife is highly sought after as a partner for collaborations and community events that advocate healthy lifestyles.

It would seem that in a short time, Chef Ling has done the impossible: make healthy eating mainstream in Malaysia. His sifu would be proud.

For now, Chef Ling has graciously shared with Cook with Ipohbunny his recipe for a voluptuous roast eggplant salad with big, bold flavours that will make even carnivores forget about meat for a while. Enjoy! 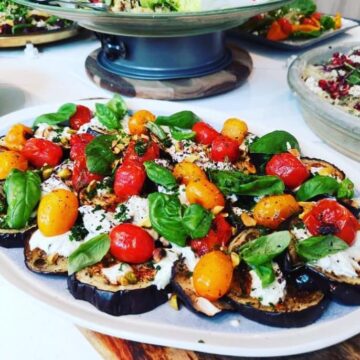 Other ingredients for finishing garnish