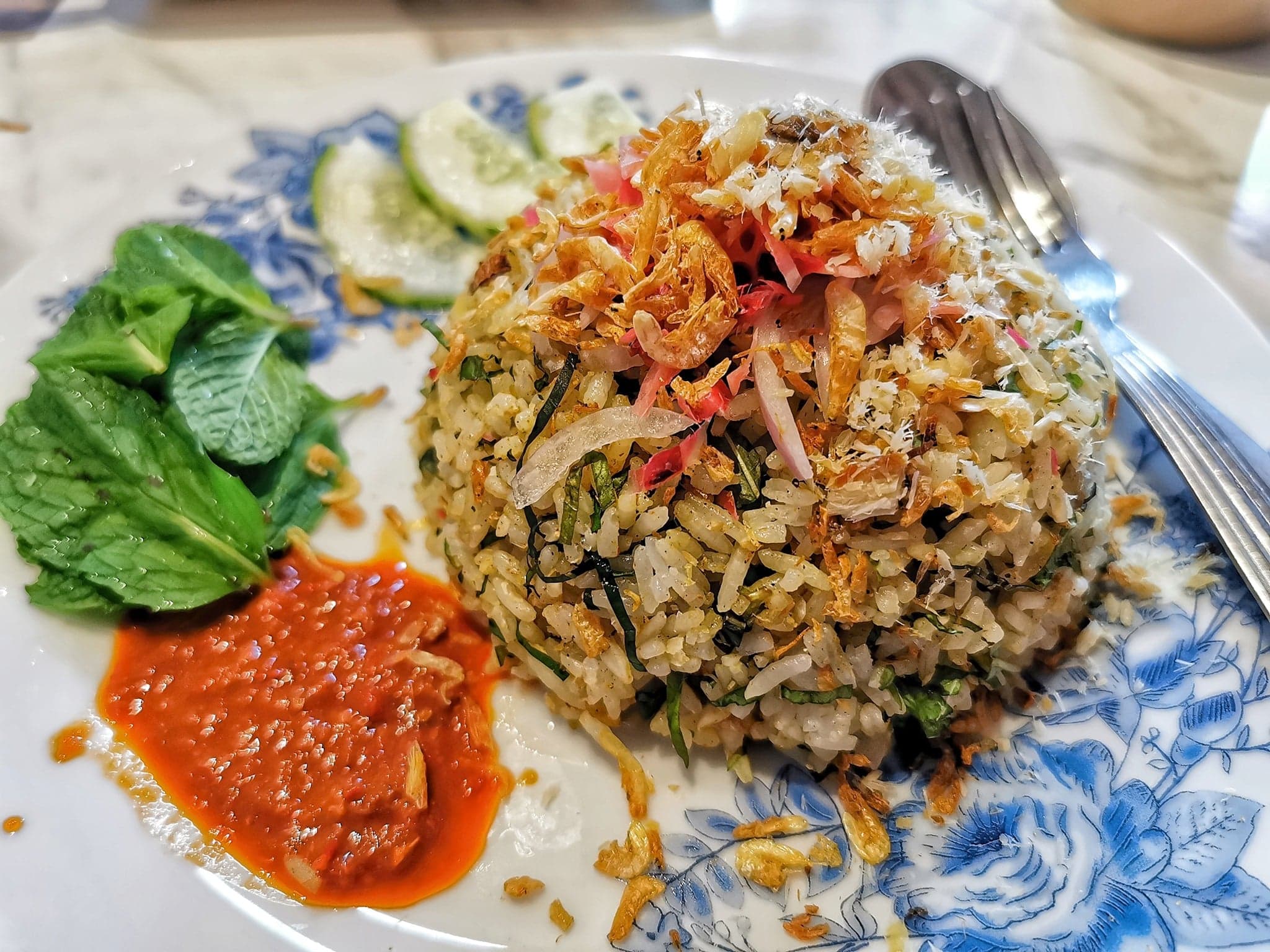 Our discovery of KUEH by Bibik’s Kitchen – a hidden gem serving some of Penang’s best nyonya heritage food – began with a frustrating search for old-fashioned kaya.

To be exact, pleasing hubby’s craving for the kind of traditional kaya he grew up with in Penang.

From famous brands to owner-operated cafes to roadside stalls, I bought many versions, but the only response ever elicited was a slight frown.

“Hmm. It’s just not like the kaya I ate in my childhood. It’s missing something.”

“What’s it missing?” I persisted.

“The type of kaya we ate was a little more crumbly, more grainy. It’s not smooth or puree-like in consistency, or overly sweet. There’s more … body”

I knew what he meant … kind of. I had heard an almost similar description from the lips of a Hainanese cook – whose fastidious repute is only equalled by the Nyonyas – running a kopitiam in downtown KL. She described the process of making kaya as “a laborious process that takes hours of continuous monitoring and hand stirring.”

In other words, that never-quite-100% smooth consistency is actually not a flaw, but the hallmark of a kaya made by love’s labour. Alas, the one kaya-maker in KL that would have passed hubby’s muster shuttered a few months ago.

Our quest for kaya continued in vain until we recently ended up at the first place he tasted kaya as a kid: Penang.

KUEH by Bibik’s Kitchen was an unpretentious modest cafe tucked into a long shophouse in a quieter part of Penang. The menu was compact, serving all the hard-to-find Nyonya delicacies I craved.

While waiting for our nasi ulam, we decided to order a kuih appetizer. 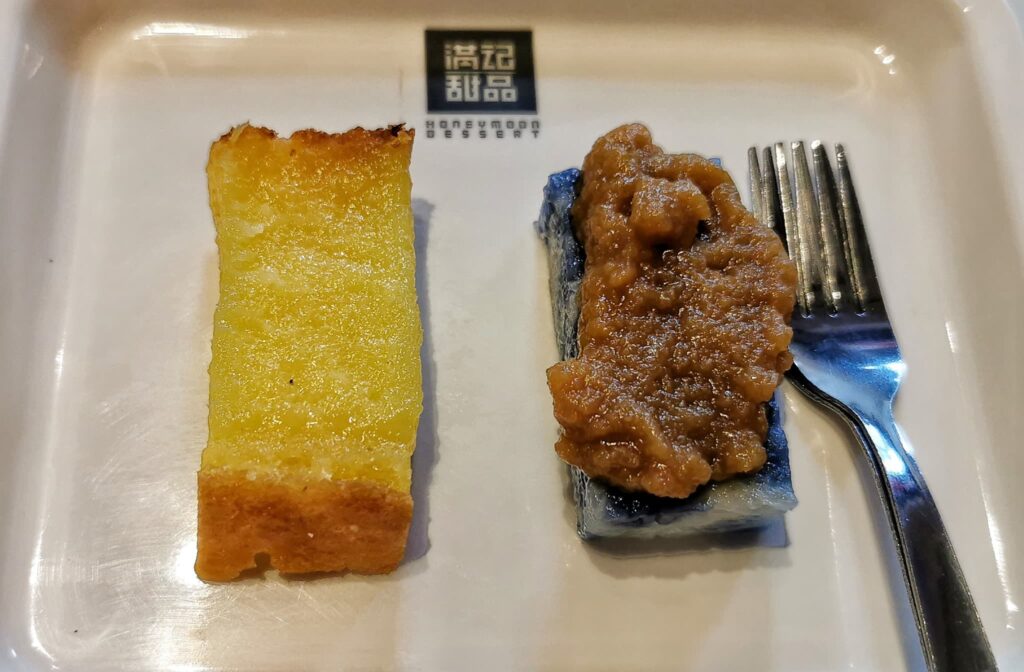 When the saucer of kuih bingka and pulut tai tai arrived, my eyes fell onto the kaya atop a rectangle of blue-tinted glutinous rice. The colour of the kaya was neither too green nor too brown, and it had that telltale coarse, grainy texture.

My heartbeat quickened as I cut into it and took a small bite.

I almost cried with relief, but first: I studied my husband’s face. His eyes lifted in surprise, followed by a slow nod of approval. “Now this is the kaya I grew up with.”

The kuih bingka too was a delight. You could still discern the bits of tapioca inside, and it was beautifully browned on the edges, while retaining that golden yellow hue and buttery fragrance missing from other popular commercial versions.

The other dishes we ordered took a while to arrive, the last being my nasi ulam. It was, bar none, the best nasi ulam I’ve ever eaten in my life. The generous heapful of crispy hae bee (dried prawns) was almost obscene, compared to the minuscule amounts I’d encountered in other versions, while the herbs still retained their fresh aroma.

“I start chopping the herbs from scratch and mixing with the rice only when you order. I know I have to make you wait a bit longer but that’s the way you are supposed to eat it,” says Girlie Chua, the owner-operator who runs Kueh.

A fifth-generation Peranakan, Girlie exudes the passion and intensity of other home cooks who take great pride in their culinary heritage.

She is meticulous to a fault about the processes and steps that go into making her food; no short cuts please. “Even grilling belacan is an art and a skill. Of course you have to buy the best quality one but the way you prepare it is also important or else you won’t bring out the flavour of the belacan.” 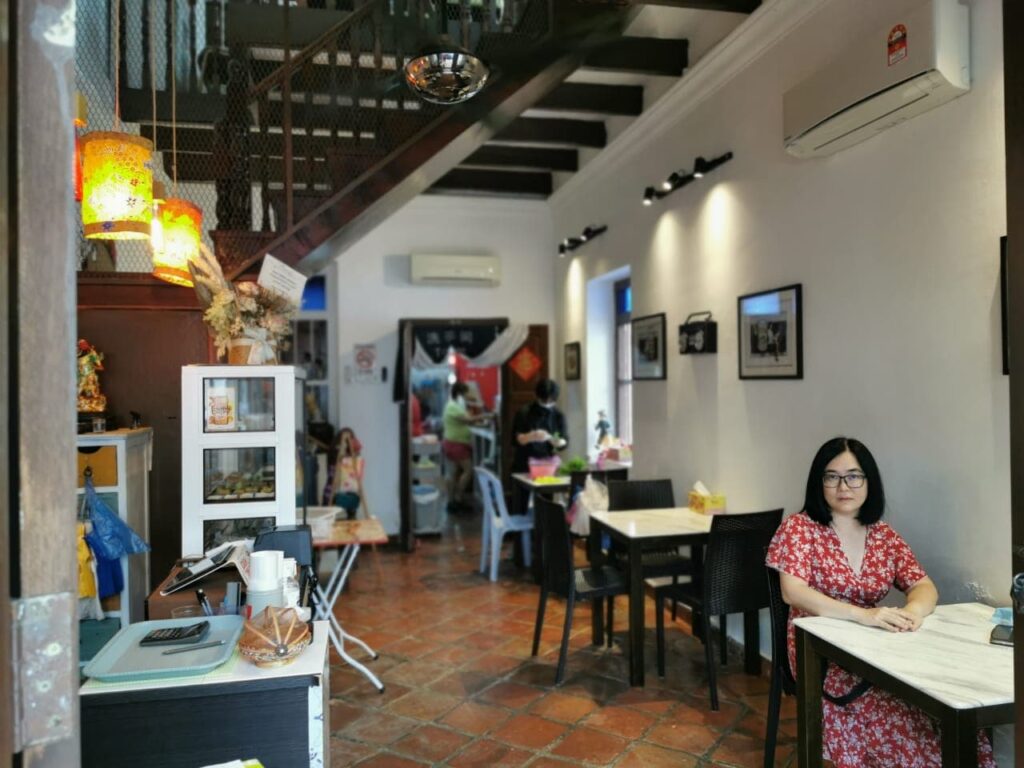 Strange as it may sound, listening to this Penang nyonya reminded me of Italy. The best food we ate were not at the most popular restaurants in Florence and Rome, but prepared by a nonna in a farm up in Tuscany.

Like the peranakan matriarchs, the Italian nonna is the female line who hands down recipes from generation to generation. She views her food as more than just food; they are an anchor to a precious cultural heritage that represents cultural pride, social identity and family connections. Like the nyonya, too many of the nonna’s time-honoured recipes are in danger of dying because the new generation isn’t interested in learning them. 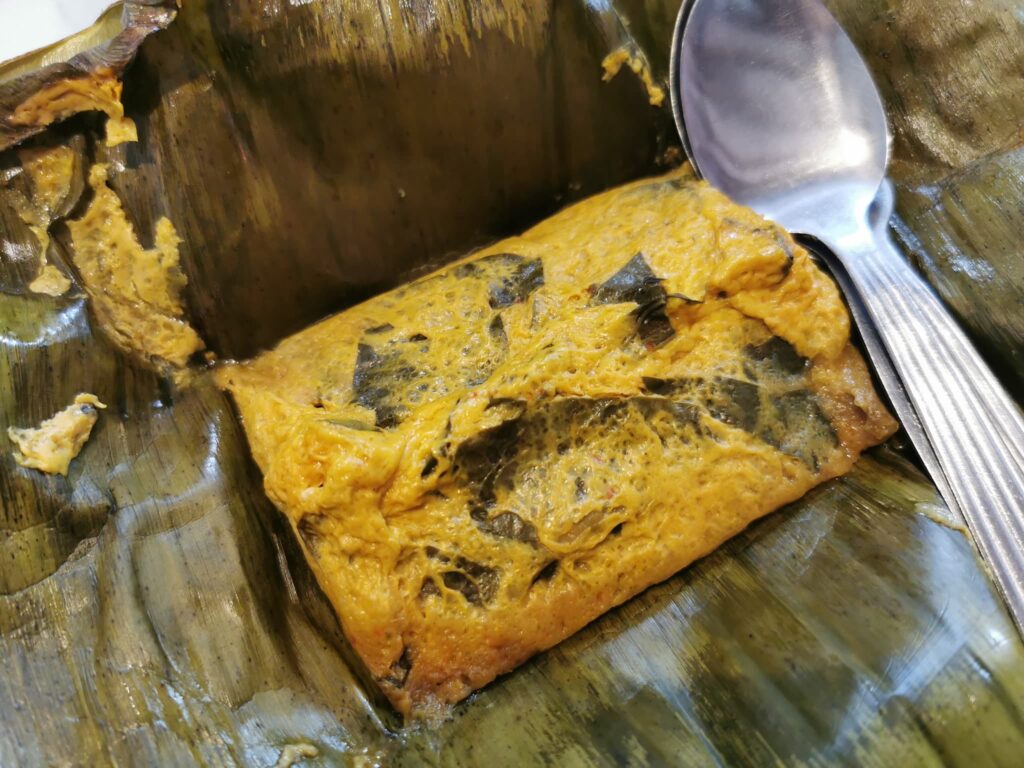 Savouring the last morsels of our meals, I mourned the generations of youngsters who might bypass KUEH by Bibik’s Kitchen in favour of instagrammable cafes. And wannabe chefs who eschew their family’s traditional recipes in favour of viral Tiktok recipes.

I was once in the latter category.

After coming full circle, I have started to take interest in my mum’s recipes, which are handed down from her mother, and her mother’s mother. Starting with the kuih bingka.

I was positive Mum would approve of Girlie’s version.

PS
After I wrote that, I dropped off Girlie’s goodies when we passed by Ipoh.

Mum said Kueh by Bibik’s kuih bingka, pulut tai tai and otak2 were very good 🙂 I still think Mum’s kuih bingka is the best, but the point is, her words carry weight.

I’ll let you try and be the judge 🙂