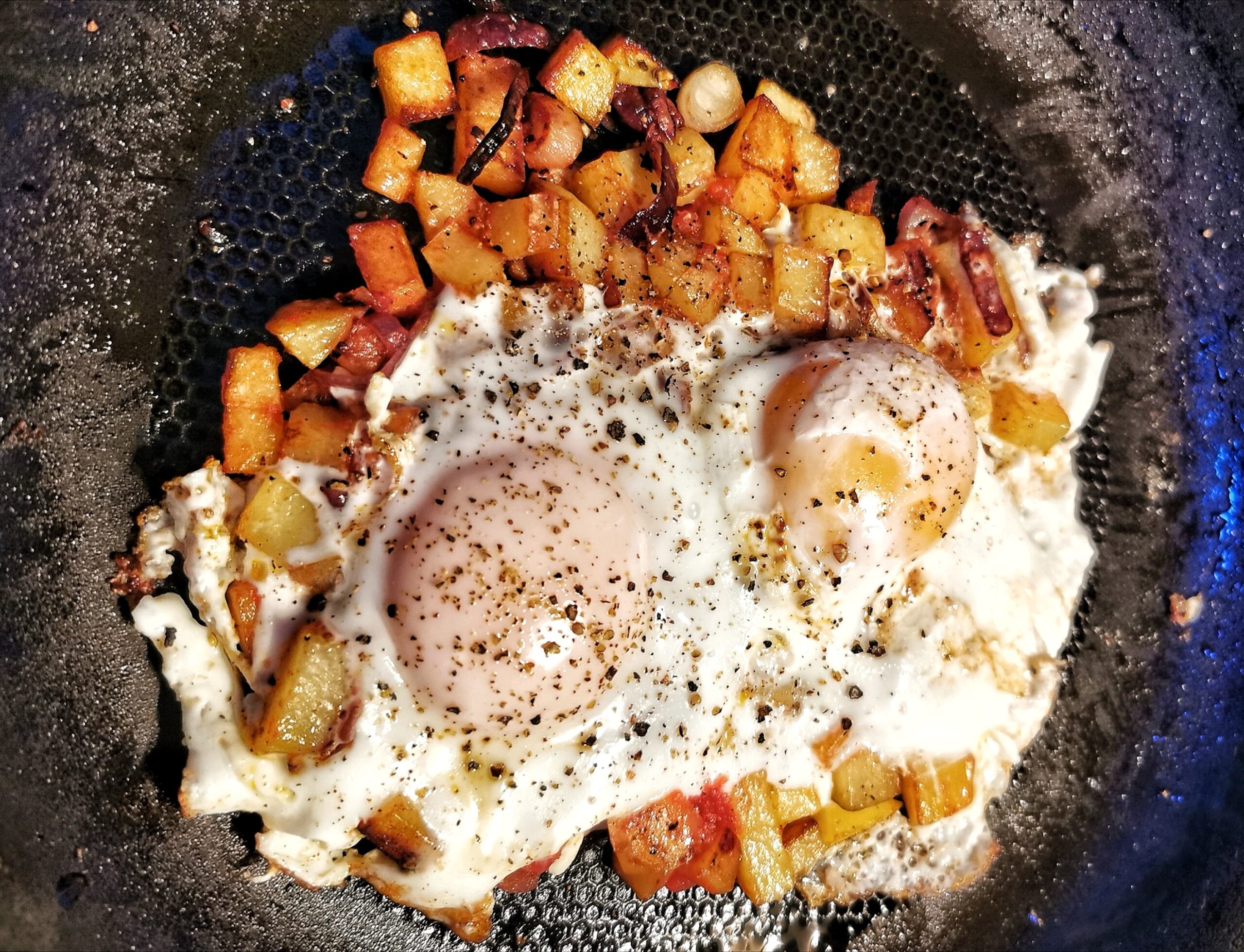 When it comes to egg breakfast recipes, the Middle East is truly a gift that keeps on giving. The region has blessed us with wonderful egg-centric creations like shakshuka, menemen and cirbil. And I’ve just recently discovered another stunning dish called Afghani omelette.

No, despite its name, this doesn’t look like the omelette that we in South East Asia know. #yayculturaldiversity Basically, Afghani omelette is eggs cracked on top of a bed of potatoes and tomatoes, seasoned with salt and pepper. Yes, that’s it. Simple right? Too simple, almost.

Which is what I thought when I first came across the dish. I made it with very low expectations – how could something so simple be that good, right?

Then I ate my Afghani omelette and holy cow, my mind was blown by the intensity of the flavours and the beautiful textural contrast from runny egg, crispy-outside-creamy-inside potatoes and caramelized tomatoes.

The key to its deliciousness lies in the reaction between the potatoes and tomatoes.

The potatoes are first cubed and cooked in a flat layer until they start to crisp up. Then add tomatoes and let them cook and fuse together. During this stage, the tomato juices react with the starch of the potatoes, translating into a delicious caramelized crusty bottom = flavour bomb. That’s why you don’t need too many seasonings other than salt and pepper, though of course you can add some if you wish. But I won’t recommend it, at least for the first time. Appreciate the singular, intense umami of the dish for what it is, before adding your own twist.

Some people who saw my Instastory asked if this is shakshuka, since both have tomatoes as ingredients. Others commented it looks like hash. I’d say it’s a combination of both – utterly mouthwatering and best of all, so easy to make.

Busy mothers, this is a GREAT recipe as it saves time. Plus, the creative in you gets to experiment with something new without straying too far from your kids’ palates. Win-win! 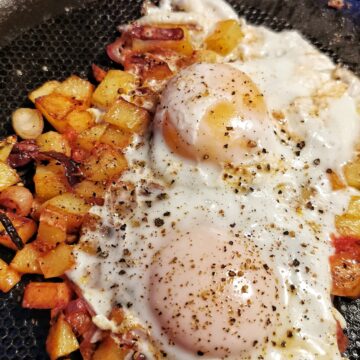