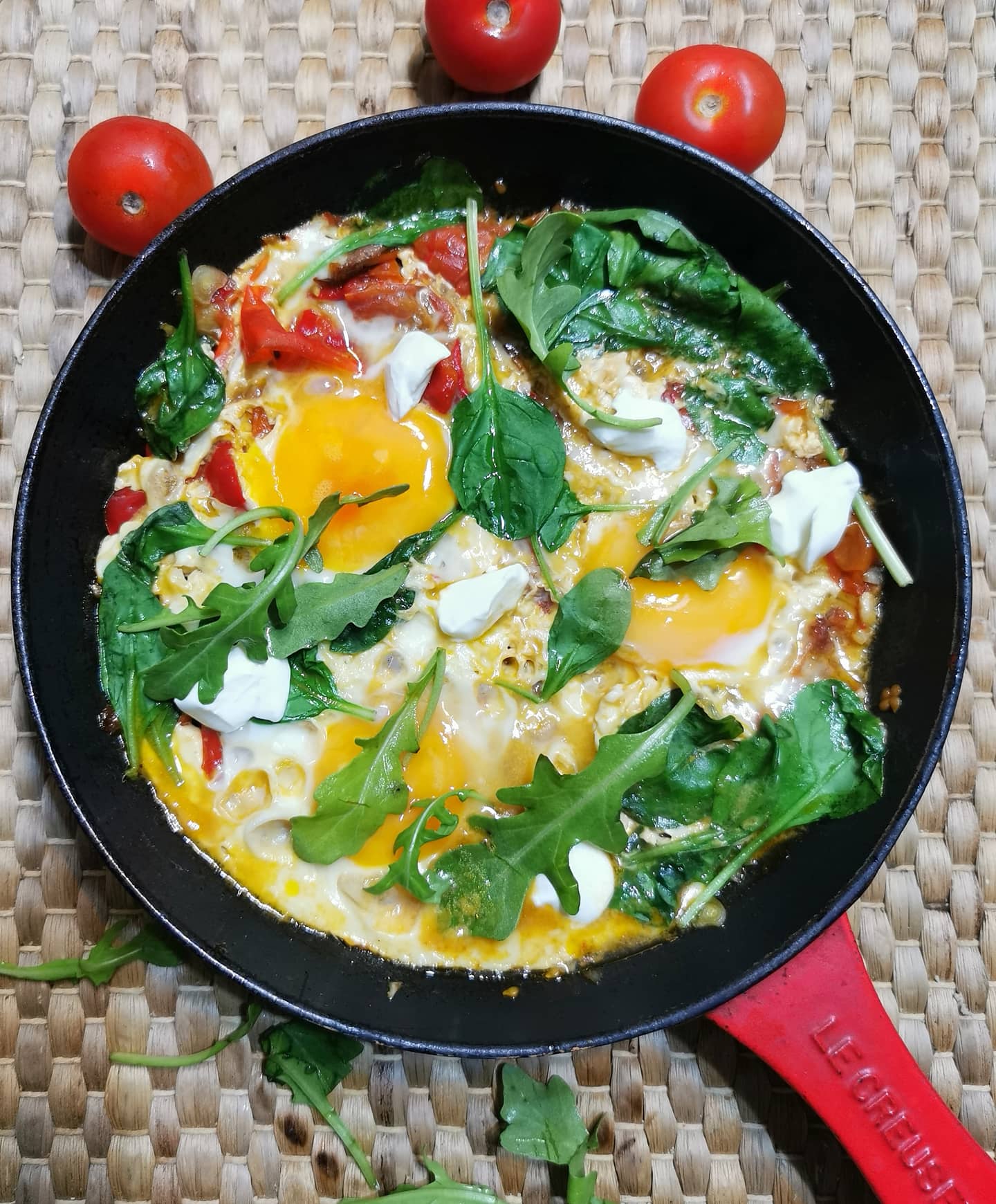 One of the most popular dishes during the month of Ramadan sahur is, tadah, shakshuka!

Featuring poached eggs in a hearty tomato sauce, this beloved Middle Eastern breakfast dish is perfect for sahur because it’s healthy, nutritionally balanced, keeps you full and most of all, very delicious! Just dip some crusty bread in the creamy, eggy, tomatoey sauce, yummm!

Some fun facts: the word shakshuka comes from Arabic, meaning, “a haphazard mixture” or “all mixed up.” It’s also known as “eggs in purgatory” in Italy 😛 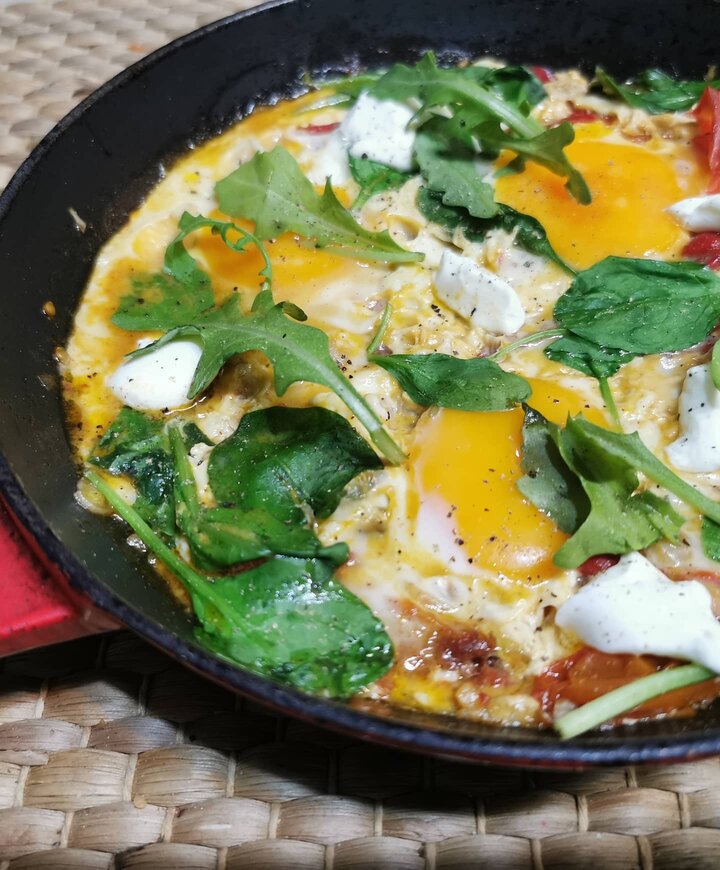 As I’ve made this dish many times, I wondered how to level up. Tried a few new tricks recently, which thankfully worked.

Here are some tips for a kick-ass shakshuka – some rather controversial!

1. Use roasted tomatoes and peppers, instead of fresh ones. As you may already know, roasting them make them sweeter and intensifies the flavour. They also cook faster in the morning, when you want to minimise cooking time. Of course, this means you have to do some food prep beforehand. Just toss your tomatoes and capsicum in olive oil and roast in oven for an hour until soft and lightly charred. You can use these roasted veges as filling for quesadilla, topping for pizza, the possibilities are endless!

2. You can add all kinds of cheese, but I found that a salty, creamy one like gorgonzola really gives an intense pop of flavour. (I get mine here) Forget cream cheese though – too mild. 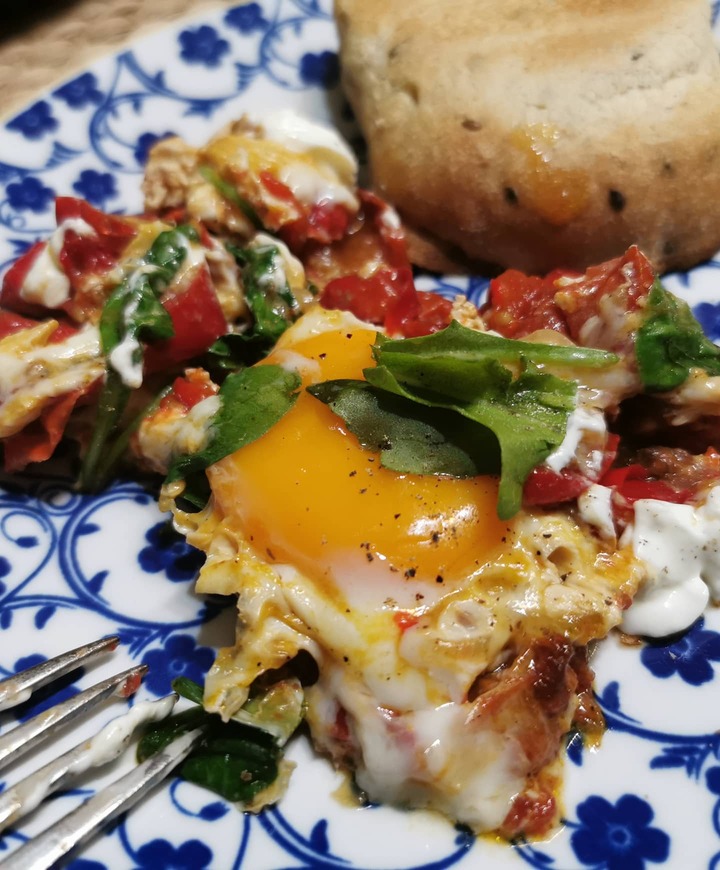 3. This next step may be a bit controversial. In the original recipes, you’ll typically find a combination of spices in the dish, such as cumin and smoked paprika. I find that their addition makes this dish too heavy and complicated, as there are already such complex flavours involved from the combination of tomato, cheese, peppers and egg. I tried making the dish with and without the spices, and find that I much prefer the former (sans spice). Sorry shakshuka purists!

4. You can use canned tomatoes, which are easier to mash and thus would make this saucier. But today, I decided to make my shakshuka more chunky and we like it! 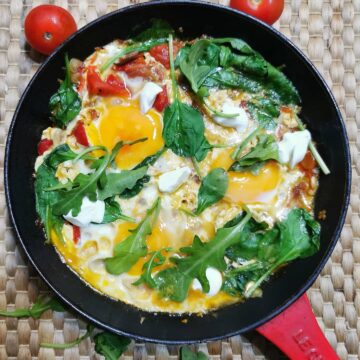