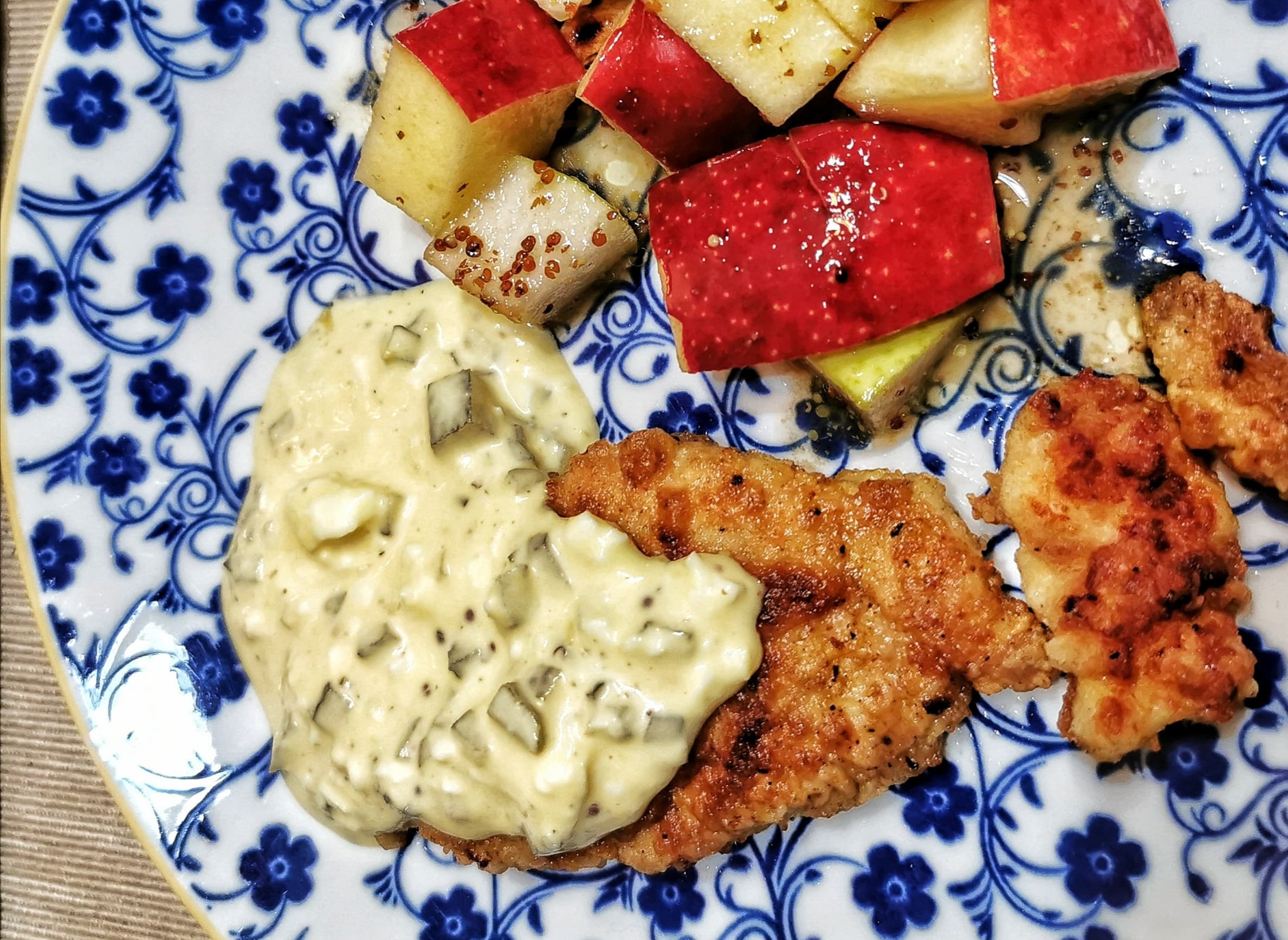 Chicken nanban: this dish was born of an accident really. My hubby was experimenting with a newfangled method to make soft-boiled eggs and ended up making hard-boiled eggs instead. What to do?

Why, make chicken nanban of course!

Don’t feel bad if you’ve never heard of it. In Malaysia where I live, chicken dishes in Japanese restaurants usually revolve around the same old karaage, katsu, teriyaki, oyakodon, etc.

I first learned about chicken nanban from my friend Von, who is more familiar with the Japanese culture than most people I know. One day, we were supposed to meet up for dinner at Taman Desa and she suggested Eatomo. She had an intense craving for for chicken nanban – and Eatomo was the only place in Malaysia where she knew they had the dish.

When the dish arrived, I did a double take. It looked pretty ordinary to me. Fried chicken topped with … huh … mayo egg?

Then I took one tentative bite and gave a little squeal. It was freaking delicious!

Chicken nanban is the dish on the lower left corner

Grinning, Von explained what I’d just eaten. “The fried chicken is pan-fried and marinated in a sweet vinegary sauce. The topping is Japanese tartar sauce, which is different from conventional Western ones because it incorporates chunky bits of hard-boiled egg, making it creamier. Finally, chopped pickles are added to give it a tangy kick.”

According to Von, chicken nanban is a type of “yoshoku”, the name for Western style dishes that have been adapted to suit Japanese tastes. The more popular version of the dish comes with the mayo dip we associate it with these days – so much so that most don’t realize the original never came with tartar! The OG version can hardly be found anywhere these days other than the restaurant where the dish was first served in Miyazaki prefecture in the southern island of Kyushu.

If you have never tried or heard of chicken nanban, do consider adding it to your culinary repertoire. My recipe is for the more decadent version with tartar sauce, naturally 🙂 I promise you won’t be disappointed!

Too lazy to make your own? Try this version at Eatomo. Von assures me it’s pretty legit 🙂 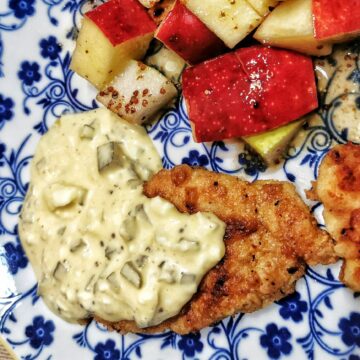