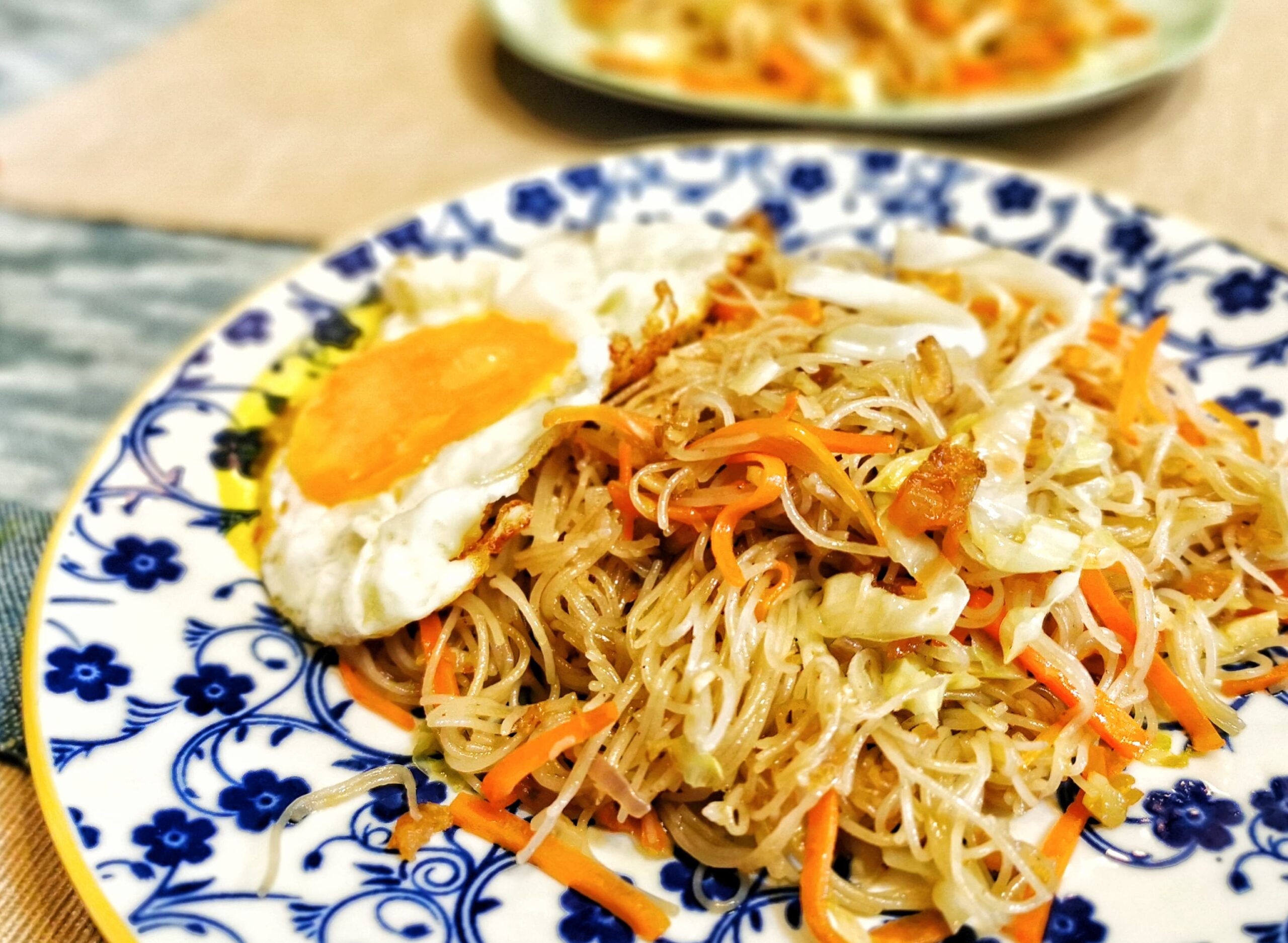 How do you prevent fried beehoon from sticking to the wok?

Ask any cook and that is probably their no 1 pet peeve when cooking fried beehoon, a simple and most delicious dish. Washing the wok after frying, however, is a pain of epic proportions. I usually soak the wok in hot water to “lift” the crust of burnt beehoon bits stuck to the bottom of the wok. Even then it’s no easy task scraping them off.

Lately though, I’ve been able to fry noodles and end up with a clean wok bottom.

The reason, if my engineer-by-training husband is correct in his theory, is because I:

Add the sauces to the noodles BEFORE frying them

Complete disclosure: I picked up that technique from another internet cook (sorry can’t remember where). She does this because it’s less messy to add the sauces at the early stage, compared to mixing them into the noodles during the process of frying.

My husband thinks there is another benefit to this technique. It prevents the noodles from sticking to the hot wok surface. “Noodles contain starch and when starch comes into contact with hot oil, it melts and sticks to the surface. When you add the sauces to the noodles first, the sauces add a layer of lubricant that coats the noodles and prevents this from happening.”

Imagine that! I always thought my fried beehoon doesn’t stick to the surface because I add enough oil at the beginning and it’s hot enough before I start frying. But his theory kind of makes sense. Think of it as the reverse theory of cooking pot stickers. You cook them by frying the frozen dumplings on a non-stick pan, then add water to the pan and cover them to steam through, then let the water evaporates. This results in an extra-crisp bottom crust. That’s because the starch from the dumpling skin has melted during the steaming process and amalgamated with the hot oil to form that crust.

That’s our loyar buruk theory anyway, so food nerds and scientists, don’t rip us to pieces if we’re wrong!

The only downside to this method? Those caramelised burnt bits (or “kerak”) that are a nightmare to eliminate are also delicious. As a kid, I loved scraping them off the wok up with a doek before my mum put the wok to the wash ☺

Brown rice vermicelli has more bite and is slightly chewy compared to conventional white beehoon. Bonus: it’s also healthier! I’ve been using the one from local health foods manufacturer Cottage Farm all this while 🙂

For a more adult version of fried beehoon, check out my fried bittergourd beehoon!