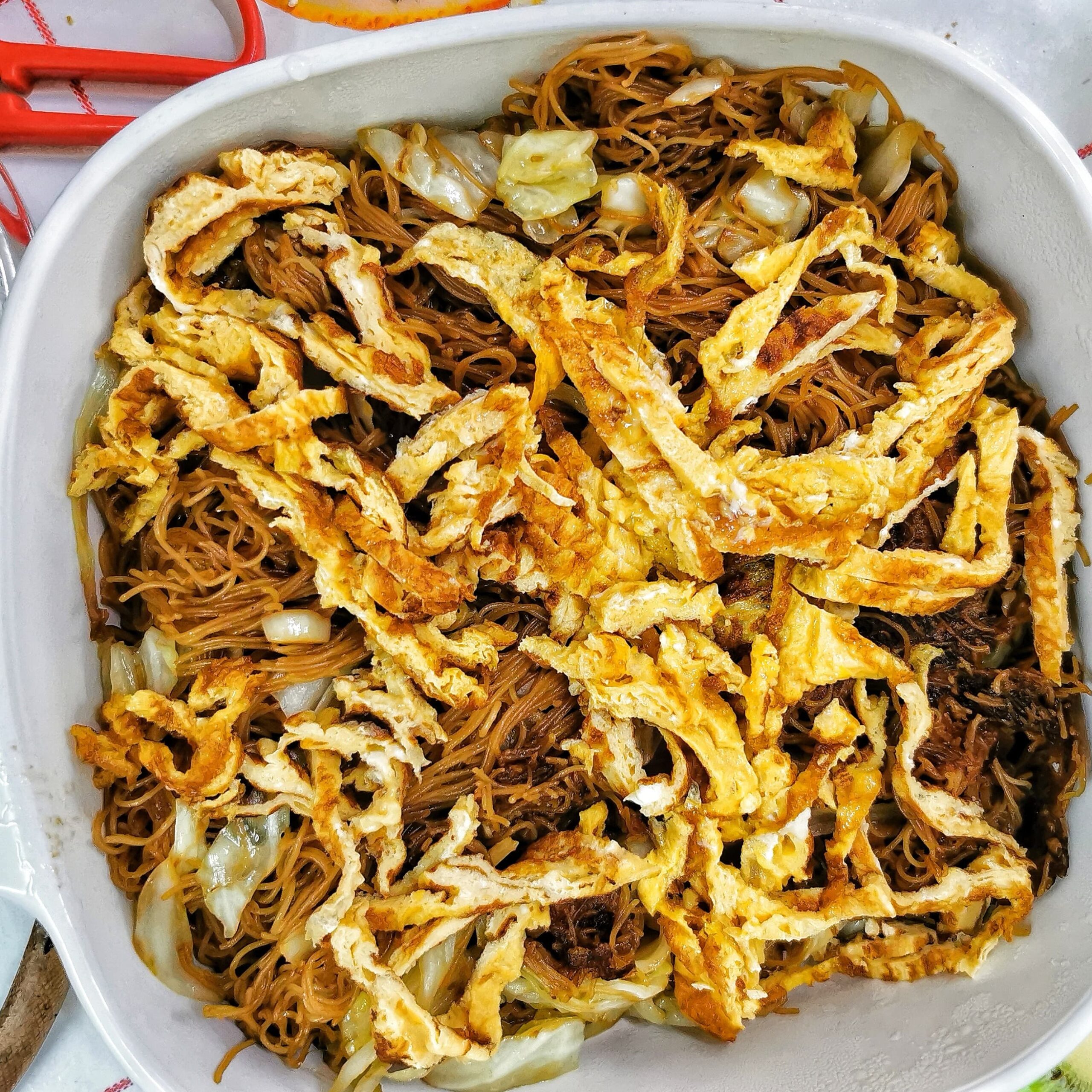 Come to think of it, that’s her standard answer whenever I ask her for the recipe of virtually any dish she cooks. She’s telling the truth. When she describes the process to me, it DOES sound simple. Ingredient lists are typically short. The steps, few.

But somehow in her hands, simple ingredients are transformed into a magical invention. In Malay, we call it “air tangan”. It literally means, “water from the hand”. Or perhaps more accurately, it refers to “mother’s sweat” – her effort makes the food taste better.

Like this dish, fried beehoon. Anybody can make fried beehoon. Yet no other fried beehoon I’ve eaten tastes like Mum’s because her personal recipe has some hidden technique that gives her cooking the X-factor.

In my last visit home, I managed to extricate the recipe from her.

Looking more closely at the list of ingredients, something hit me.

The list for Mum’s fried beehoon may be short but each ingredient and step have a key role in contributing flavour and texture.

— The cabbage and prawns add flavour. To be specific, both these ingredients lend a natural sweetness and when you add them early, they have extra time to flavour the oil.
— The ingredients are few but the combination of beehoon (chewy), egg omelette (creamy), cabbage (softly fibrous) and prawns (bouncy) delivers a nice contrast of textures.
— She seasons every layer, before and during cooking. She doesn’t just simply sprinkle a dash of salt at the end of cooking, or marinate the ingredients before cooking.

Come to think of it, that last step is discussed at length in websites like Epicurious, like it’s some kind of rocket science.

“In each step of cooking, you need to coax flavor out by adding a little salt, which helps draw out water and concentrate the food’s natural flavors, as well as spices, which infuses flavor throughout its structure. By seasoning throughout the cooking process, every bite is infused with flavor, not just the exterior.”

But to home cooks like my mum, these “genius” methods come as easily as breathing. Move over Masterchefs; make room for mama, specifically MY mama 🙂

Enough of talk. Gonna try this in KL and see if I can recreate the Mum taste 🙂 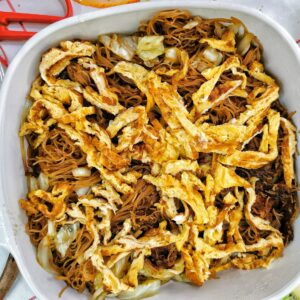