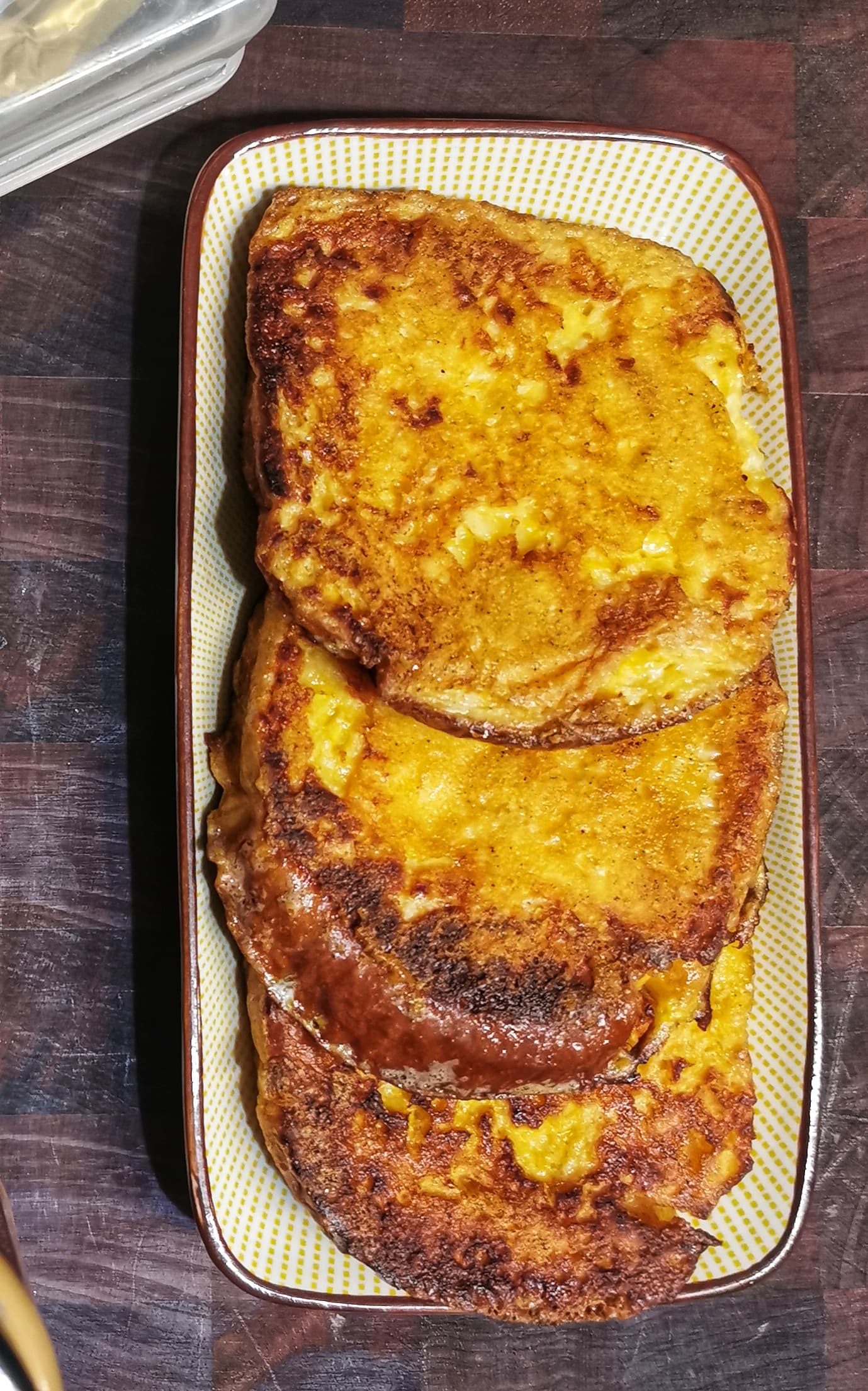 We all know how to do normal French toast. You take a slice of white bread, dip it in beaten egg, fry in hot fat, and voila.

This one takes the same concept. Except I add a layer of grated parmesan which is then cooked in hot butter into a crispy cheesy blanket on top of that pillowy brioche. This extra pop of salty savouriness lends a huge flavour that has to be eaten to be believed – it’s soooooooo goooooood!

Using brioche instead of normal white bread to make French toast also makes a huge difference in the flavour and texture. A brioche is essentially a super buttery soft bread and when you cook it in MORE butter, oh my lord you can imagine the fragrance!

You gotta try it!

ere’s some interesting trivia I dug up while researching on French toast!

Shocker: did you know it’s not French but possibly ROMAN in origin?

According to this article,

“Experts agree that French toast dates back to ancient Rome. A similar recipe can be found in the book of Apicius from the 5th century BC. The Romans dipped slices of bread in milk (and sometimes eggs) before frying them, and called it “Pan Dulcis.”

It was not until the 17th century that the term appeared in England. … one of the theories developed about French fries is that the name “French” does not designate from the country of origin of the dish, but is instead in reference to the verb “to French” which means “to slice” in Old Irish. Hence, “French toast” as in “sliced toast.”

After the Great Famine (1845-1851), Irish settlers traveling to the United States and Canada brought the term in their suitcases. The phrase “French toast” first appeared in The Encyclopedia of American Food and Drink in 1871.”

Another legend states it was invented in 1724 by a certain Joseph French in Albany, New York. His poor grammar made him forget the apostrophe-“s.” LOL 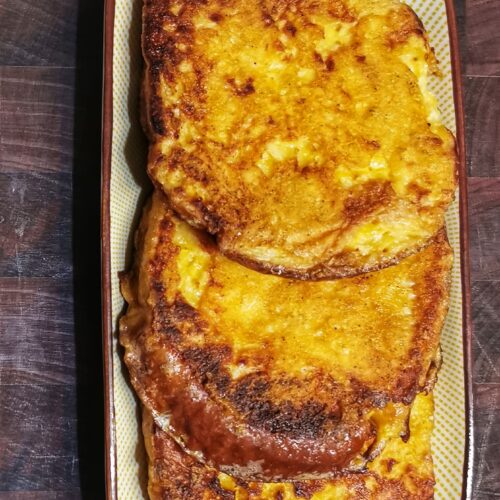