Every Chinese family has their version of the classic soya sauce chicken, but when I saw a photo of Alfred Lam’s rendition, I immediately wanted his recipe.

Look at that glistening honey-brown skin! I bet that got you drooling.

Holy smokes! You can tell even without tasting it, just how juicy and moist the chicken is. This is because of a very special technique.

“Soaking in the sauce with the stove turned off ensures the chicken is juicy and tender and gives the sauce a chance to penetrate the meat.”

Alfred adds, “This soya sauce chicken is more on the sweet side then the salty side. I got the recipe from my dad, who got it from his friend. According to my mom, I make a better chicken than he does!”

Alfred is a long time friend of mine. We used to be neighbours in Kota Damansara. On the few occasions that he cooked, the smell would sometimes waft out from kitchen into the corridor when I walked past his unit. To cut a long story short, that’s how we became friends lah. Alfred can probably name more banana leaf rice and Chinese tai chow restaurants than I can, but surprise, surprise, he’s not Malaysian.

Alfred is actually born in Hong Kong and Canadian by citizenship, but after spending so many years here, he has grown to love Malaysian food and people so much that he calls himself a Malaysianized Canadian. “My first meal arriving in Malaysia would be banana leaf rice or nasi lemak!” Very Malaysian indeed!

Having worked in numerous countries, Alfred has become quite the versatile cook. Not surprisingly, some of his lar sou (signature dishes) carry Hong Kong influences, such as borscht – a tangy traditional soup made with vegetables – and all kinds of fried rice and noodles typically found in Hong Kong style cafes a la Kim Gary.

Now that he has returned home to Canada, these days he tends to recreate food that he misses, improvising when he has to. During lockdown, he even tackled curry noodles and nasi lemak with rendang!

I have to ask: what’s one dish in Canada that we should try if we were to ever visit? 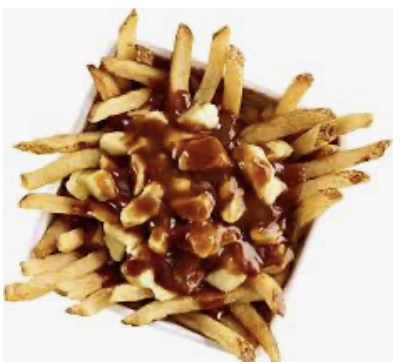 “Poutine! It is fresh French fries topped with cheese curds and brown gravy. The heat from the fries and the gravy melts the cheese and the whole dish is divine.”