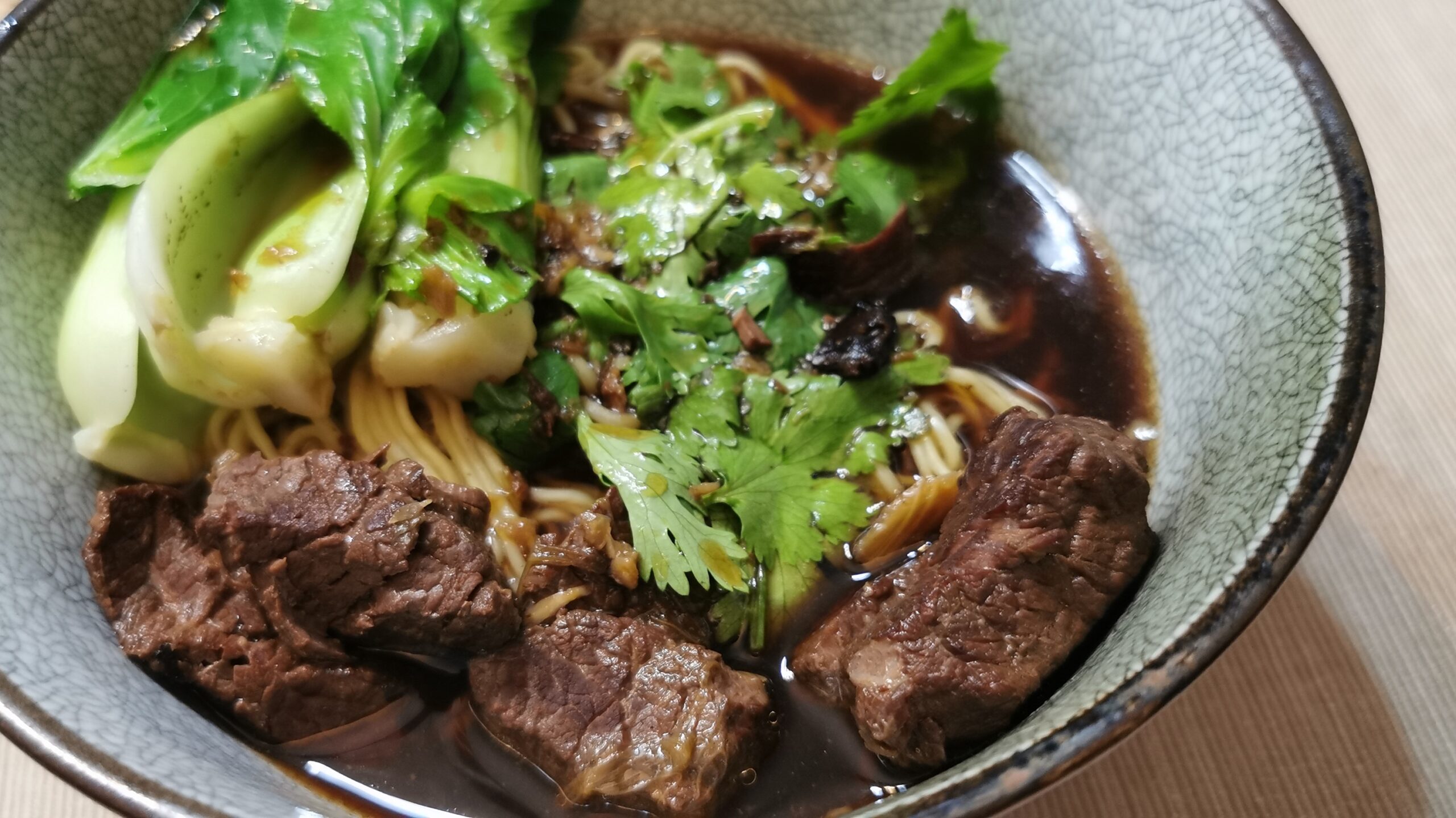 The first ever noodle soup I made was not kai si hor fun, or prawn noodles, or curry noodles … but Thai beef noodle soup!

Why? Thanks to Youtube queen Marion of www.marionskitchen.com, who made the process look so easy, I simply HAD to try making it. To my surprise, it wasn’t hard at all. That successful first attempt, many many bowls of noodles ago, gave me the confidence boost I needed to tackle the other Asian noodles like curry mee, prawn mee, kai si hor fun – arguably even more laborious and complicated 🍜

Every often, I return to these Thai beef noodles because I love the robust and hearty flavour (and most importantly, they’re so EASY to make). If you’re a coriander hater though, this might not for you. Because what makes Thai beef noodles distinctive is the holy trinity of coriander root, black pepper and garlic or “saam klerr” (the three buddies). But I love coriander so …!

Along the way, I have learned some tips and created my own hacks that make this recipe foolproof – and your life easier!

1. I use bovril instead of beef stock

I don’t know how it is in your country, but store-bought beef broth is expensive where I live. It’s not easy to get beef bones either. So I started thinking of substitutes that would deliver a similar taste profile and after a bit of brainstorming, Bovril came to mind. It’s thick salty paste made from beef stock … duh! Anyhow, I tried it and with some help from other umami condiments like fish sauce and the dark soya sauces, I arrived at a beefy complexity that I was extremely happy with 🙂

2. Simmer on low heat at all times

There are two parts to cooking the soup. First, you sear the beef over high heat so that it acquires browning and seals the juices in. After that, you cover the beef with liquid and cook at a low simmer with the lid on. Do NOT bring to a boil. I am not sure of the science behind this, but when you bring it to a boil first, and then only lower the heat to a simmer, the beef doesn’t become as tender as it should be. Keep the heat low at all times. If you do that, you’ll end up with butter-soft beef like this:

I found that by adding five-spice-powder, which is commonly used in Chinese cooking, it lends a nice background fragrance to the soup.

On to the recipe! 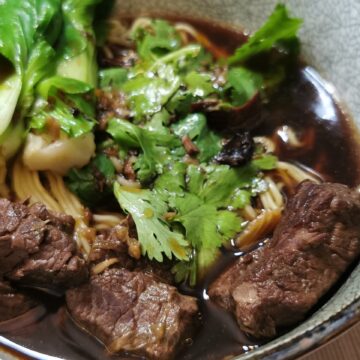