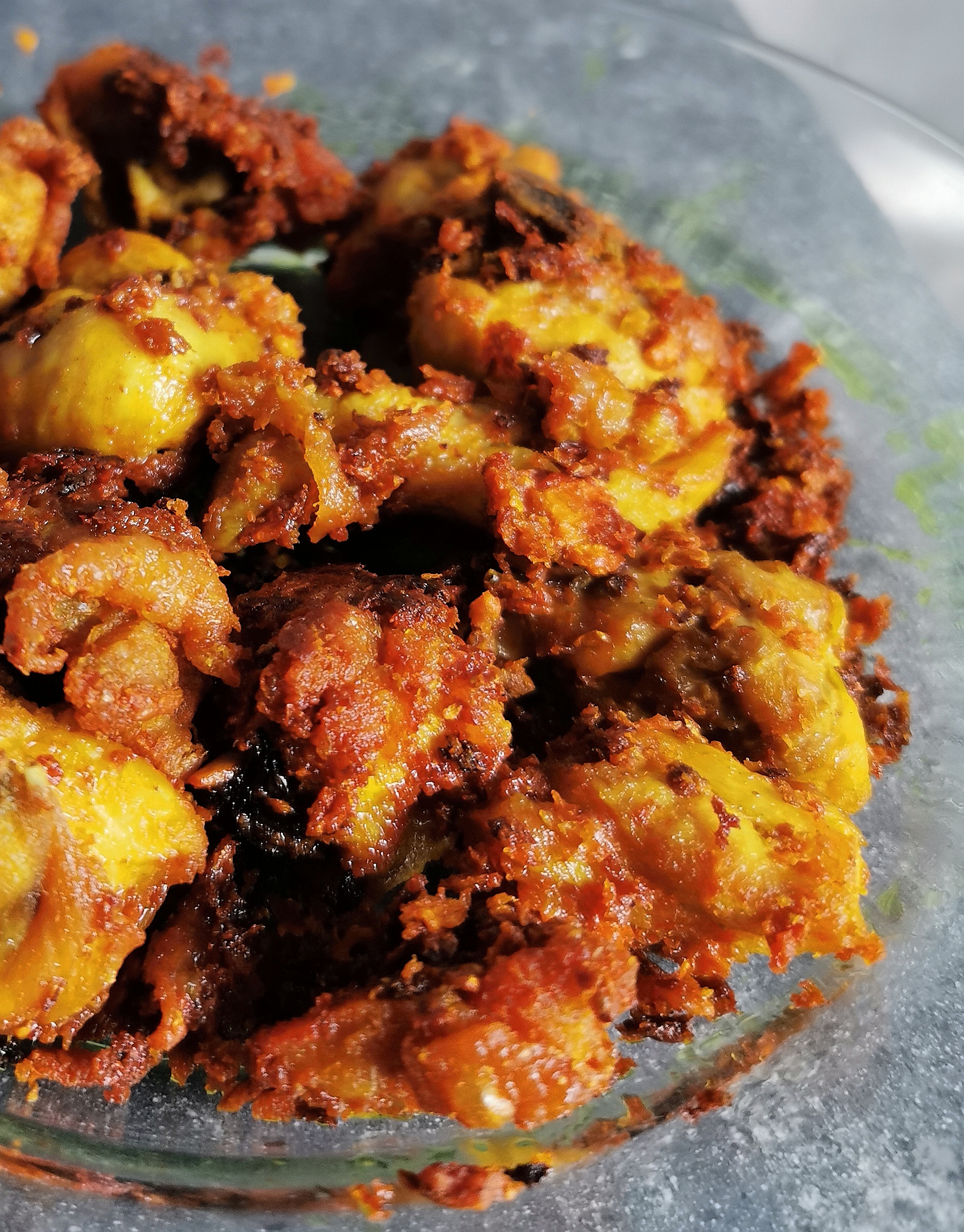 The frying fumes. The calories. Not to mention, mopping the floor … For these reasons, I hardly ever make fried chicken.

So when I do make it, I make sure it counts. As in you’d better be damn effing delicious or I will not cook you level of delicious.

There are many versions of ayam goreng kunyit, but nothing can beat my mum’s version. And believe it or not, it has only THREE ingredients.

After watching her do it a few times, I thought I could easily replicate it by myself back in KL.

And the few times I made it, it was nice. Except… my turmeric fried chicken didn’t taste quite like the way mum’s did.

I scratched my head. What was I not doing correctly?

Determined to get to the bottom of it, on one of my trips back, I asked her to demonstrate how she cooked it step by step.

In between the naggings (one reason I’m sometimes reluctant to ask her to teach me haha), the secret slipped through her lips. It boils down to technique.

It was a game-changer that completely transformed the flavour of the chicken. Yet when she told me, I couldn’t believe the “secret tip” was so simple. 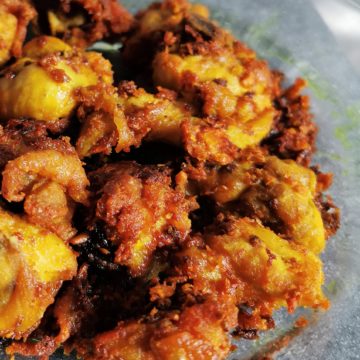