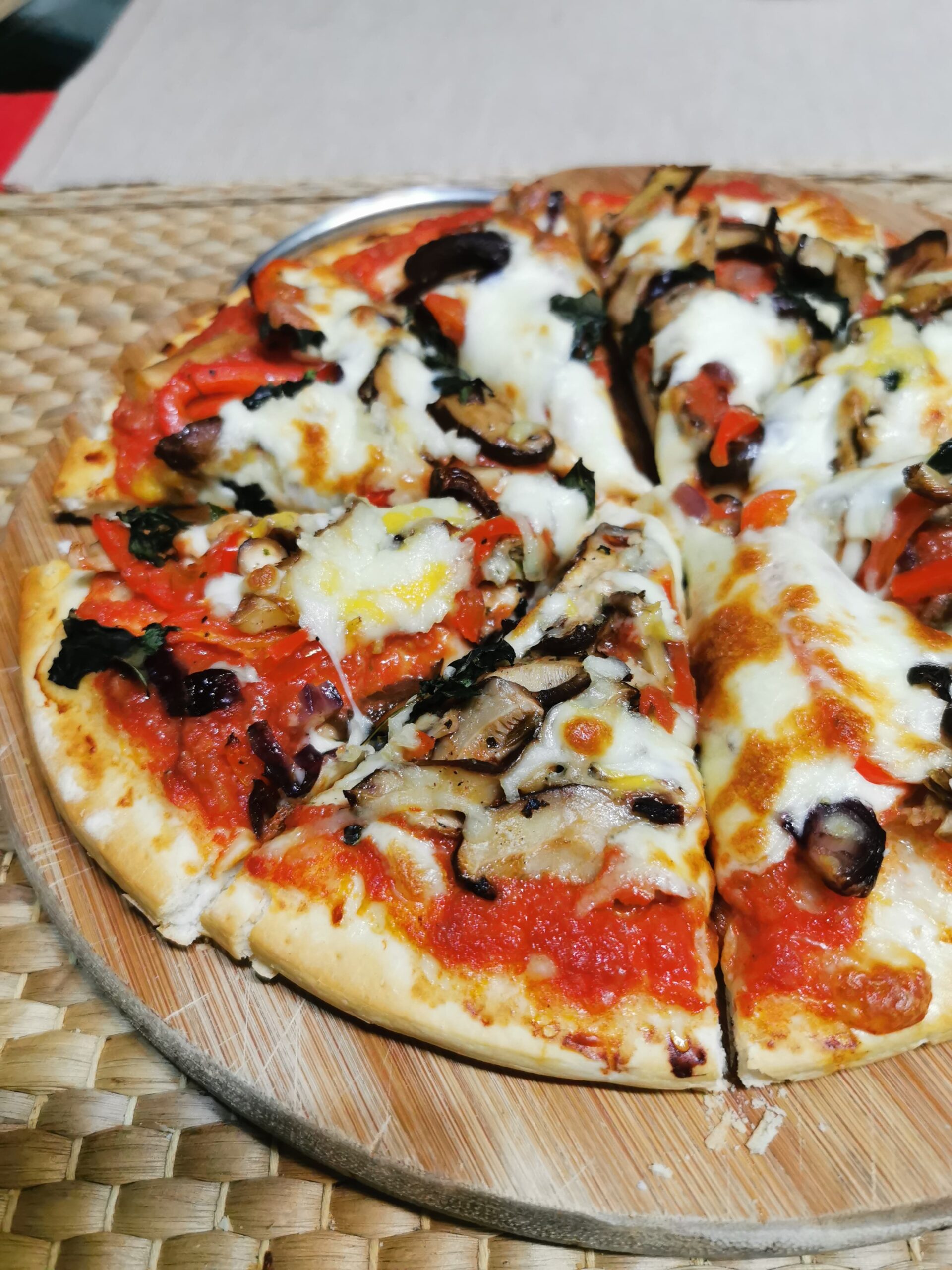 As hubby reached for his third slice of my veggie pizza, he grunted, “Make sure you write down the recipe.”

Woah, write it down?

That was how I knew I had a winner on my hands. Hubby has never explicitly requested me to write down a recipe before.

Who thought a VEGETARIAN PIZZA made using STORE-BOUGHT PIZZA CRUST  would turn out to be one of the best pizzas I’ve ever eaten?

A couple of tricks and tips that I had scoured the internet and studied dozens of recipes for. Yes, that’s right – I’ve done all the research so you don’t have to :))

How to turn your pizza from HO-HUM to AWESOME!!!!!

1. Pre-cook your vegetables before putting it on top of your pizza.
Nothing ruins a pizza for me like the taste of raw, undercooked peppers, mushrooms and onions. Most store bought pizza crusts instruct you to pop them in the oven and cook for 8-10 minutes… where got enough time to cook your veg lah?

Avoid this by sauteing the veg BEFORE you put them on your pizza. Pre-cooking does two things. One, it adds caramelization, which translates into flavour. And two, cooking will extract the moisture from your raw veggies, so it doesn’t soak into your pizza and make it soggy!

2. Spread a thin layer of oil (or butter) on top of your uncooked pizza crust BEFORE you put the tomato sauce on top. The layer of fat protects the dry-er dough from the wet sauce and fillings, preventing your pizza from becoming soggy.

Follow these tips and I guarantee you’ll have one of the best home-made veggie pizzas you’ve ever tasted!

Having said that, there are times when I have an intense pizza craving and can’t be arsed to make my own. If you’re in Ipoh, I highly recommend 718pizza, an indie eatery that serves scrumptious hand-tossed New York Style pizzas. 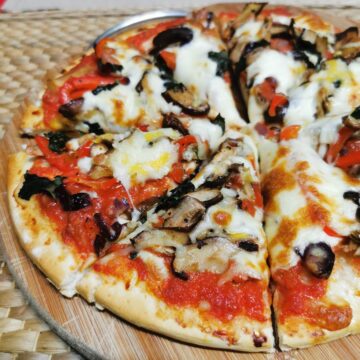